Windows & Mac builds can be downloaded below.

Code and SFX by Toby Alden

Far Away Times282 days ago

This is a really cool platformer vocabulary, the movement feels super-good and the enemy design is rad too!

Is there anything special that happens after beating new game++? I'm not saying it is impossible because I think with enough time I can beat it, but I only have so much free time to spend (and I'd like to know if it is really worth investing my time in beating it. I'm thinking of making a walkthrough video for the game).

As for a review of your game, I think it is great! The movement is extremely smooth and fluid, which allows you to go as fast or slow as you want (I would like to point out though that playing the game on this page made it run slow, but it worked just fine when I downloaded and ran the game). Originally, I thought that the levels were all randomly generated (and that impressed me because there were no design flaws that would prevent me from completing the level), but now I think that you made a specific number of maps and the game randomly picks from one of them (how many, I don't know, but enough to where a casual player would be unlikely to catch on to this).

The enemies were unique and equally challenging depending upon where they were located, which made ever replay feel new and interesting. The arrow system was also good as it made you feel that much vulnerable going up against enemies when you only have maybe two arrows or none.

The boss was kind of too easy though after getting through all the levels, I would hate to lose to him and have to replay it all over again so maybe a super hard boss was a good thing to leave out.

New game+ was pretty easy for me, but new game++ is a pain, not only because it allows no room for mistakes and has no checkpoints, but the thing that chases you is faster. This wouldn't be such a problem if not for one thing; it seems to always come at you from a random direction. As soon as you grab the key, you'll want to start moving toward the door so as to put as much distance between you and that thing as you can since wall jumping up ledges and such slows you down. However, if you start moving immediately and jump down, you might land on that thing if it spawned close to you and it is below you. This was one of the only things that seemed unfair to me since half the time, the player will need to move down the level to reach the door.

Thank you for the thoughtful review! To answer your question, nothing special happens after you beat New Game++ (there's no New Game+++).

the controls on this game are SO nice. i wish every platformer was like this 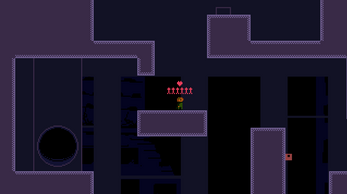 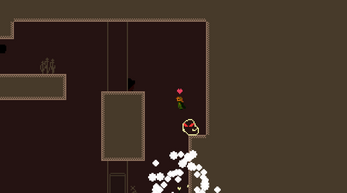 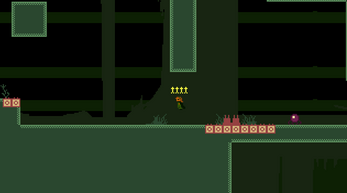 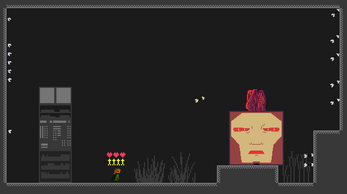